I watched the movie Rush [link here] about the personal competition between two of the best race car drivers in the 1970′s.  The first, an American by the name of James Hunt, is a fast talking, high-living playboy with raw talent.  The other is Niki Lauda, a introverted, nerdy, Austrian driver who is more into statistics and probabilities than socializing.

Niki is disciplined, quiet, determined and intentional about everything he does.  When he isn’t staying up late with this mechanics fine tuning this car, he is going to bed early and rising early.  He is in it for the long haul and is risk adverse (compared to the other drivers). At one point, he gets in James Hunt’s face says something to the effect that he doesn’t care that people don’t like him.  He just wants to win.

James on other hand is extroverted, witty, good looking and charming.  He stays up late, wakes up late and is much more motivated by what people think of him.

I’m not going to say what happens in the year that the movie takes place 1976.  But if you listen closely, you’ll learn that Niki has won the previous year and wins several years after that.

Rather, his discipline, long term perspective and raw determination win.

Yep.  It’s that long term, steady perseverance that wins in the long run.  Niki treated each day with discipline.  He did the math.  He was in it for the long haul.

He had setbacks, BIG setbacks.  But he kept persevering through it all.

So, if you’re being tempted to abandon your financial goals for something with only short term benefits, think again.  Those once-in-a-life-time opportunities have a way of happening again.  Those one time set backs will pass.

One example is the recent recession.  Lots of people said it was the start of something much bigger like the Great Depression.  But there were folks who were “brave when others were fearful” and stayed invested in the stock market.  When it bounced back, they saw their money come back.  They were the Niki Lauda’s.  They had a plan and stuck with it and saw the results.

Also, if you’re worried that you don’t have the talent to do something.  Sometimes it isn’t about the talent.  It can also be about 1.) Having the courage to start.  2.) And having that doggone, never quit attitude that puts in the effort, day in and day out.

Watch the movie if you want some motivation.  It’s actually pretty decent.

Another great source of motivation for day-in day-out effort is John Wooden’s book and its gems about making each day a masterpiece.  It’s one of the motivators I had for starting to wake up early.

I don’t know about you, but I try to watch out for examples of that to help motivate me.

Are there other examples that help motivate you to stick with your goals? 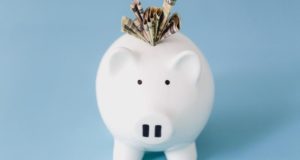 Becoming the Head Honcho of Your Emergency Fund 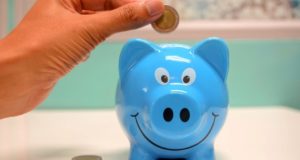 3 Questions Worth Asking When Making a Budget 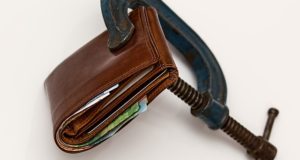